If you have seen the movie on the left, then you know that little girl is none other that the lovely Jodie Foster. Yes, it's true, 13 year old Jodie played the part of a prostitute in the Martin Scorsese movie.


In the film, a  mentally unstable Vietnam war veteran (DeNiro) works as a night-time taxi driver in New York City, where the perceived decadence and sleaze feeds his urge for violent action, attempting to save a preadolescent prostitute (Foster) in the process.


Travis Bickle, played by Robert DeNiro tries to assassinate Senator Palantine and save young Iris from the world she's living in. Bickle wasn't the only one captivated by Foster's character. In real life, John Hinckley Jr. wanted to save Iris, although she doesn't really exist. Hinckley couldn't separate fiction from reality, and felt it was his job to protect Jodie and continue Bickle's work.


On March 30th, 1981, Hinckley, who was 25 years old at the time, wrote Foster a letter, expressing his love for her, as well as a final act to impress her. In the letter, John talks about his assassination attempt of President Ronald Reagan, and how it will be the final act to show her how much he loves her. Full Letter Transcript

Similarly to the movie, Hinckley decides to attack a political figure in order to impress Jodie Foster, although in this case it was president Ronald Reagan, not a presidential candidate like Palantino. An hour after he wrote the letter adressed to Foster, Hinckley shot President Reagan outside the Hilton Hotel in Washington D.C.

Several shots were fired, the first of which resulted in the death of press secretary James Brady. Other shots wounded police officers and secret service agents, and the last shot went into Reagan's chest. President Reagan survived the incident and Hinckley was found not guilty for reason of insanity. Read Full Story.

Posted by Unknown No comments:

Just by looking at the picture on the left I'm getting so many memories, most of them scary, and who wouldn't be scared after watching Child's Play with just four or five years old? I know I was! Granted, it might be a silly movie to others, but to me, it was more than that. I wasn't even born when the movie came out but I still watched it a couple of years later and liked it, and hated it at the same time.

The Tom Holland movie is about a single mother who gives her son a beloved doll for his birthday, only to discover that it is possessed with the soul of a serial killer. But what's that all about? Now that I think back, I wonder how could I like a movie like that? However, since the new version came out on September 24th, I thought it would be appropriate to discuss it. 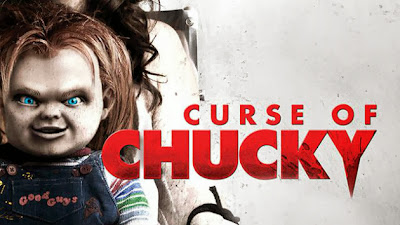 This particular diabolical doll was an inspiration for several crimes, one of which is considered to be the worst massacre by a single person in Australia. Port Arthur, Tasmania, a highly touristic town in Australia, soon became the place where many tourist died at the hand of Martin Bryant (28). He entered the Broad Arrow cafe on April, 28 of 1996 and had a meal. But, before leaving the cafe, he had something other than buying souvenirs in mind. He took out an AR15 semi-automatic rifle and started shooting people. He killed 35 people in total and injured 21 more. Details on the events of that day here.

Martin was a schizophrenic and was obsessed with the doll in every sense. He loved the childish features of the Chucky and the fact that he could fight for himself and kill many people with no remorse. He felt he was Chucky and that he was also possessed with an evil spirit. Despite his mental illness, Bryant was still found fit to stand trial and he received 35 life sentences for the people he killed and another 1035 years for other crimes committed.

Bryant wasn't the only one inspired by the movie. Suzanne Capper was tortured and killed by five people. On December, 1992, Bernadette McNeilly, Jean Powell, Glyn Powell, Jeffrey Leigh, Anthony Michael Dudson, and Clifford Pook kidnapped 16 year old Capper and tortured her four hours and hours, burning her, and throwing her down hill to kill her. However, Capper survived, and even though she was extremely  burnt, she walked for hours until she was found next day at 6:00 a.m. She managed to identify her attackers and communicate in detail everything they did to her.

She was tied up and forced to listen to a tape with the remix "Hi, I'm Chucky (Wanna Play)" by 150 Volts over and over again. Every time McNeilly came to torture her, she would say "Chucky wants to play," ultimately causing Capper to be terrified to hear those words. All the attackers were captured and sentenced to life in prison (McNeilly, Jean and Glyn Powell), 12 and 15 years in prison (Leigh and Pook, respectively), and lastly, Dudson was sentenced to be detained indefinitely. For more information recommend reading "Murder of Suzanne Capper" by Jesse Russell and Ronald Cohn (Editor). Get it here!


Posted by Unknown No comments:

Not Such a Basic Instinct


Luka Rocco Magnotta seems like a normal guy, some might even consider him attractive. He's a Canadian porn-actor and model born on July 24, 1982. But, what's so special about Magnotta? He's currently facing charges for the murder of Jun Lin committed in 2012. It seems like Magnotta was a big fan of the movie Basic Instinct (1992) and emulated a particular scene from the movie.

Basic Instinct is one of the most iconic movies of actress Sharon Stone. In the movie, a police detective (Michael Douglas) is in charge of the investigation of a brutal murder, in which a beautiful and seductive woman (Sharon Stone)could be involved.


The movie was highly successful and it had incredible following, fans that fell in love with Catherine Tramell, the seductive character played by Stone. Magnotta loved the movie, particularly the opening scene, which shows a woman killing a man who's tied to bed with an ice pick, just like Lucca did with Jun Lin (33), international chinese student.

However, in real life, Magnotta took this scene to a different level. Recording the crime and uploading it to a website. And in an  even more disturbing note, he also dismembered Jun Lin (33) and mailed his body parts to different political parties and schools. So, definitely there was something different about this horrendous crime, but we can't denied the resemblance to the movie
Magnotta was obsessed with Stone’s character and considered himself as being “really devastatingly good looking,” just like her, and used the nickname Katherine Tramell to write in several forums. Additionally, in the movie, in a conversation with Det. Curran (Douglas), Stone’s character says “Killing isn’t like smoking. You can stop,” similarly, Magnotta wrote in a letter “Killing is different than smoking… with smoking you can actually quit.” 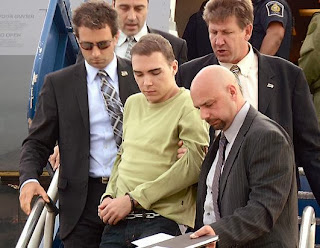 Finally, this case seems to have reached its end, Lucca Rocco Magnotta was captured June, 2012 in Berlin, and is currently awaiting for trial, which has been set for September 15, 2014. He will face charges of first-degree murder; committing an indignity to a body; publishing obscene material; criminally harassing Prime Minister Stephen Harper and other members of Parliament; and mailing obscene and indecent material.
For those interested in the development of the case so far, here’s a link:
http://www.dailymail.co.uk/news/article-2295978/Luka-Magnotta-Canadian-cannibal-collapses-court-video-evidence-shown.html

Posted by Unknown No comments: 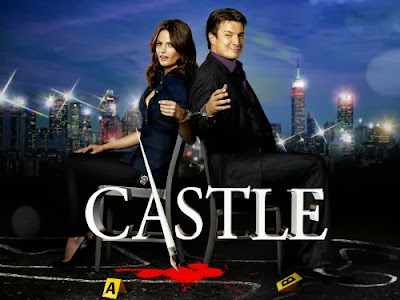 The moment we've all been waiting is finally here! Our beloved series are back and some new ones have started. It's hard to choose which one to watch, but Mondays wouldn't feel right without CASTLE. This Monday we finally got to see what happened with Castle and Beckett, at least for the moment. If you have not seen the episode, you should probably stop reading because SPOILER ALERT!

Last season we were left with a major cliffhanger, what's going to happen with Castle and Beckett? Is she going to say yes to Rick's marriage proposal? or is she going to take the job in Washington and leave Richard? It was hard waiting to see what would happen, but I must say, it was worth the wait. 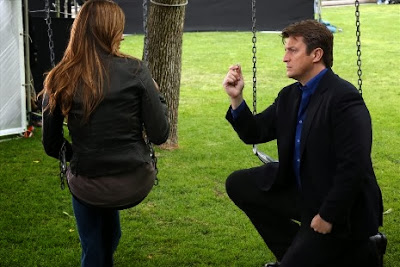 The episode starts right where we left off a couple of months ago, with Richard Castle down on one knee and clueless Beckett thinking he was going to break up with her, as if! So obviously Kate said... suspense music ... YES!

Two months later Castle is doing a book tour and Beckett is in Washington, at her new job as a federal agent, way to go Kate! Long distance relationships are hard and these two are dying to see each other, but when Beckett cancels their romantic weekend because of a case, Castle flies to Washington and surprises her. Thinking it will be like old times, Castle tries to help Kate, but sorry Rick, not this time! Now everything's classified and he can't help because he doesn't have the security clearance.

What's great about this episode it's that we get to see a new dynamic between Castle and Beckett, they can't work together anymore, and Richard learns that the hard way when he gets arrested by Beckett's mentor, Agent Rachel McCord. Who's this mysterious mentor? Lisa Edelstein from House M.D. 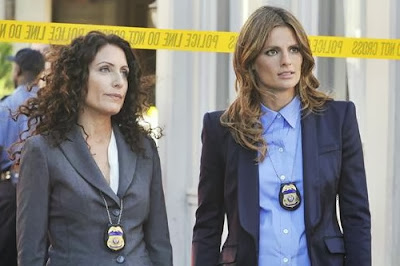 But is Castle really in trouble because of the arrest? Thankfully, it's simply a way for Beckett's boss to teach him a lesson, and what a tough lesson it was. Castle, like the gentleman he is, returns to New York, only to be dragged by federal agents and taken back to Washington after they discovered he's been infected by a chemical toxin that's been aerosolized and give him maximum 24 hours to live. Cue for the credits! What? It's that really how the episode's going to end? After all that wait we get yet another explosive episode that like always leaves us wanting more. I personally believe it was a great episode!


Posted by Unknown No comments:

Promote Your Page Too